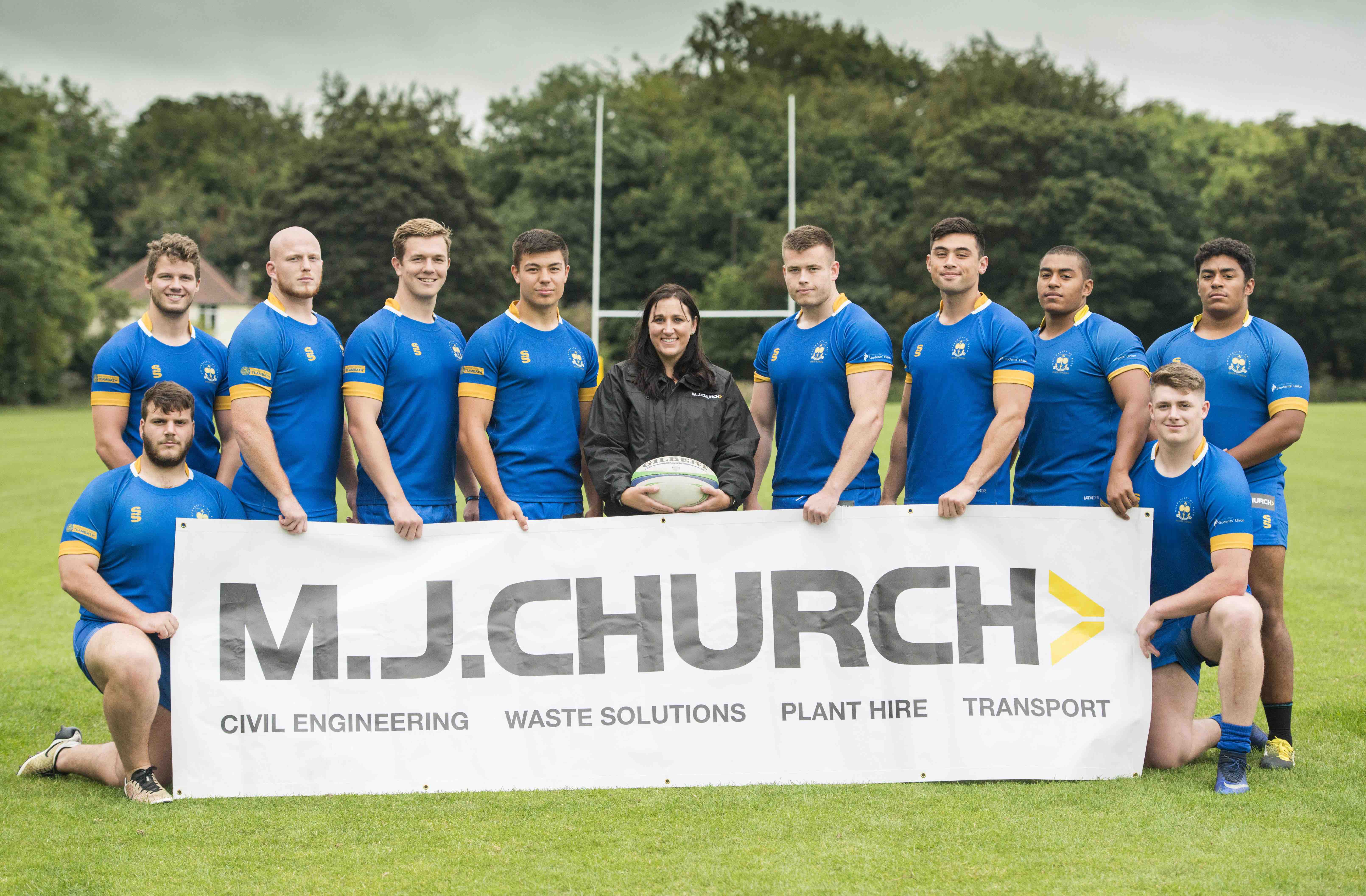 Team Bath’s BUCS Super Rugby squad have been handed a boost ahead of the 2018-19 season thanks to a new sponsorship deal with MJ Church.

The Blue & Gold will proudly wear the company’s logo on their shorts during the new season, which starts with a home match against Northumbria at the University of Bath Sports Training Village on Wednesday, September 26 (6.30pm).

The deal sees MJ Church extend its portfolio of interest at Team Bath, the two parties having enjoyed a successful partnership for the past two years. MJ Church supports the whole family of sports at Team Bath and also provides bursaries for nine sporting Ambassadors who are based at the Sports Training Village.

She spoke to Head of Rugby Aaron James and coaches Mark Lilley, Louis Messer and Chris Lilley about their plans and goals for the season ahead before watching the players go through their Team Run on the University’s St John’s Pitches.

“MJ Church has a long association with rugby in the region and it is great now to be able to support Team Bath Rugby as they continue with the West Country tradition of high-level rugby performance,” she said.

AaronJames added: “It is fantastic to have MJ Church on board for the new season, we know how passionate and supportive they are of all sport including rugby. Their backing will help us continue to compete at the very highest level of student rugby and for the rugby programme to help players fulfil their potential on and off the pitch.”

BUCS Super Rugby – a national league competition organised by BUCS [British Universities and Colleges Sport] and supported by the Rugby Football Union and the Welsh Rugby Union, is now in its third season and will see the introduction of relegation play-offs for the first time in 2018-19.

Team Bath, captained by Bath Rugby Academy player Tom Doughty, are aiming to build on their performances from the last two seasons, where they also reached the semi-finals of the BUCS Rugby Championship. Click here for further details.