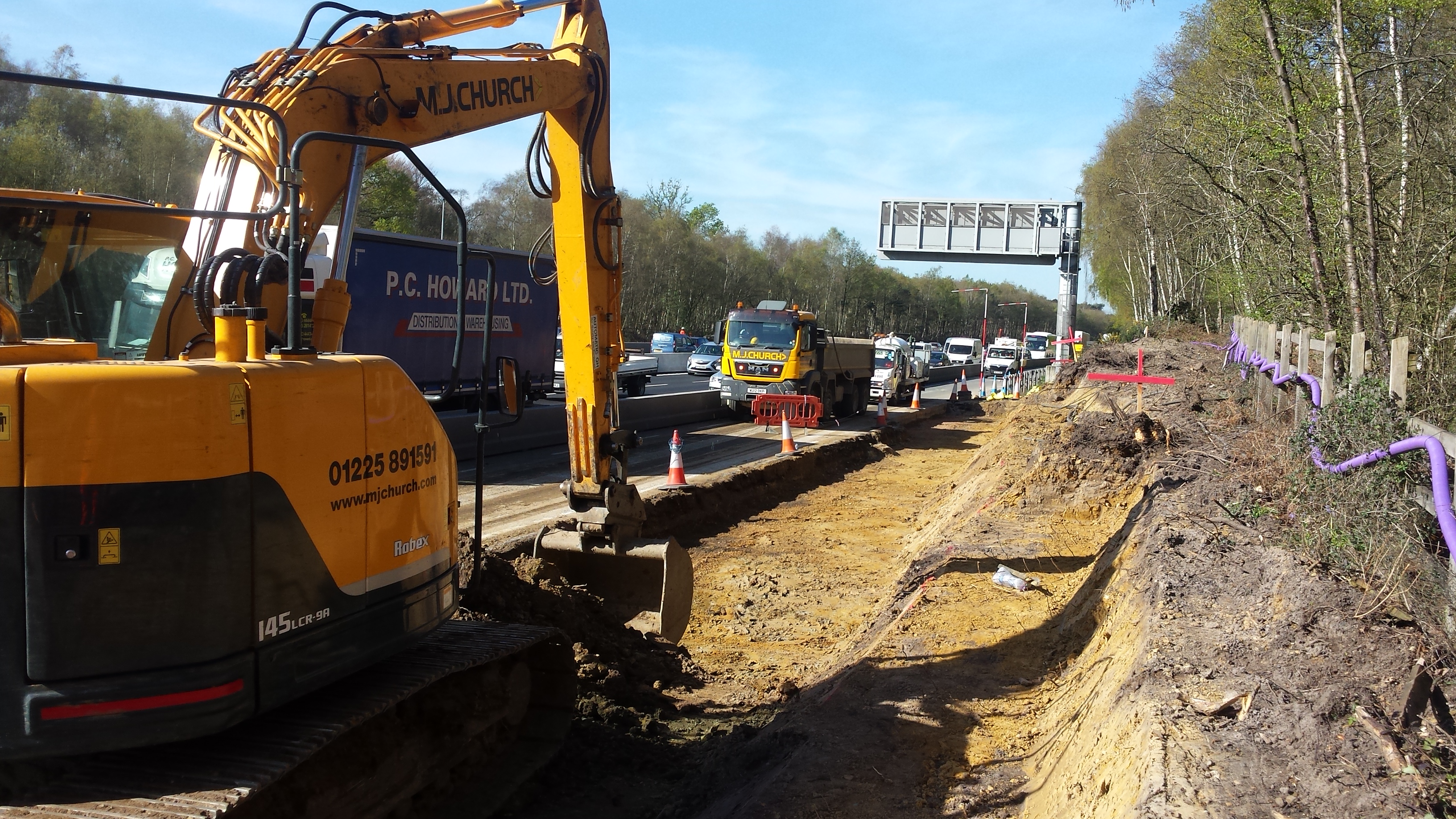 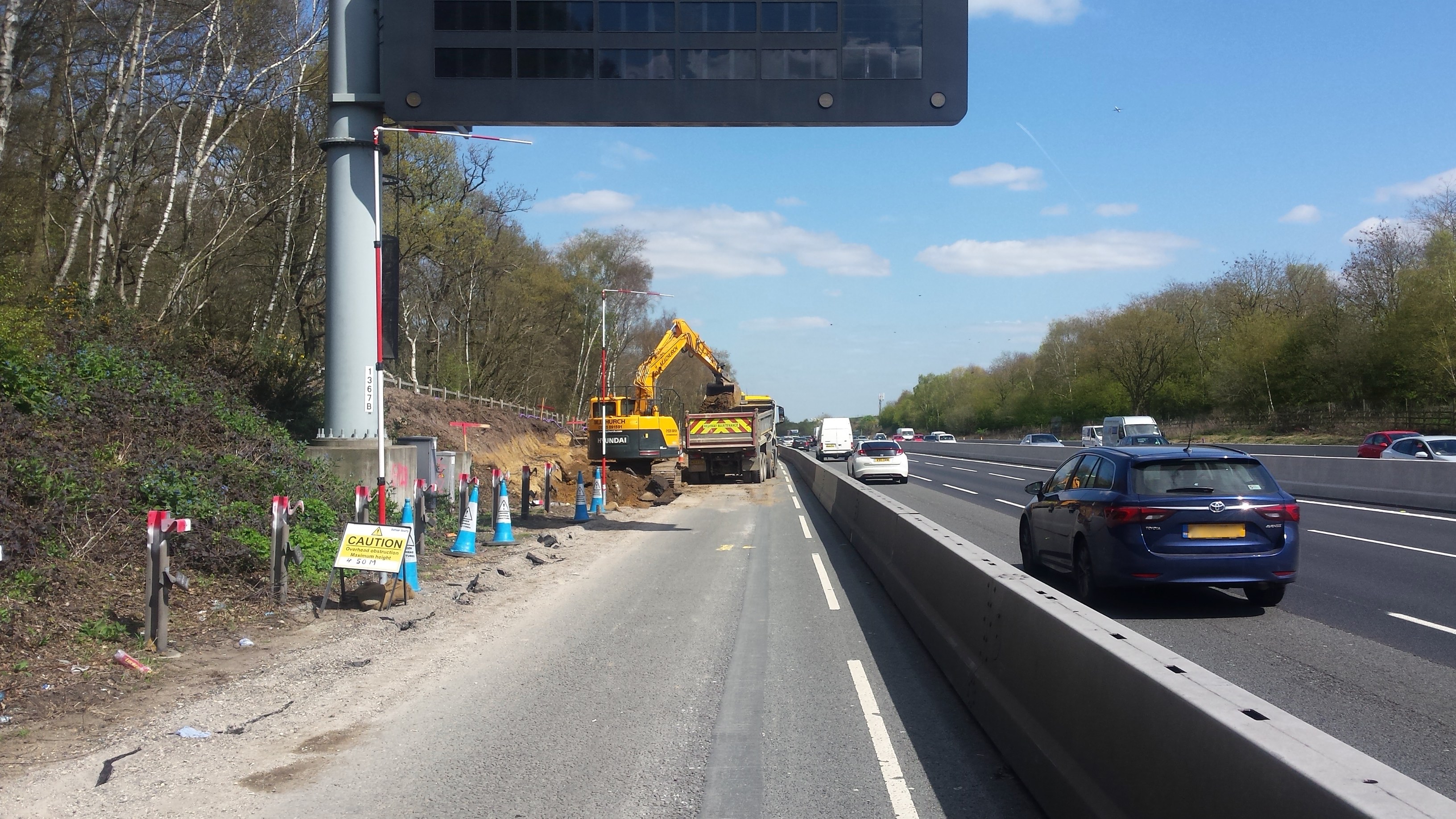 The M3 near Lightwater in Surrey, between junctions 2 and 4a, is part of a major strategic road network connecting traffic travelling from the South West and Central Coastline into London, carrying over 130,000 vehicles each day. The route suffered with high levels of congestion and unpredictable journey times which has since been alleviated with the new scheme.

Working for main contractor Balfour Beatty on behalf of Highways England, MJ Church provided bulk earthworks and civil engineering expertise to carry out the upgrade across 24km of highway, divided into 5 sections, with various sections running simultaneously on both day and night programmes.

Earthworks on the scheme included the site clearance, bulk excavation and fill, processing of 1,500t of material per day on site using in-house mobile crushing equipment as well as landscaping, soil seeding and erosion matting.