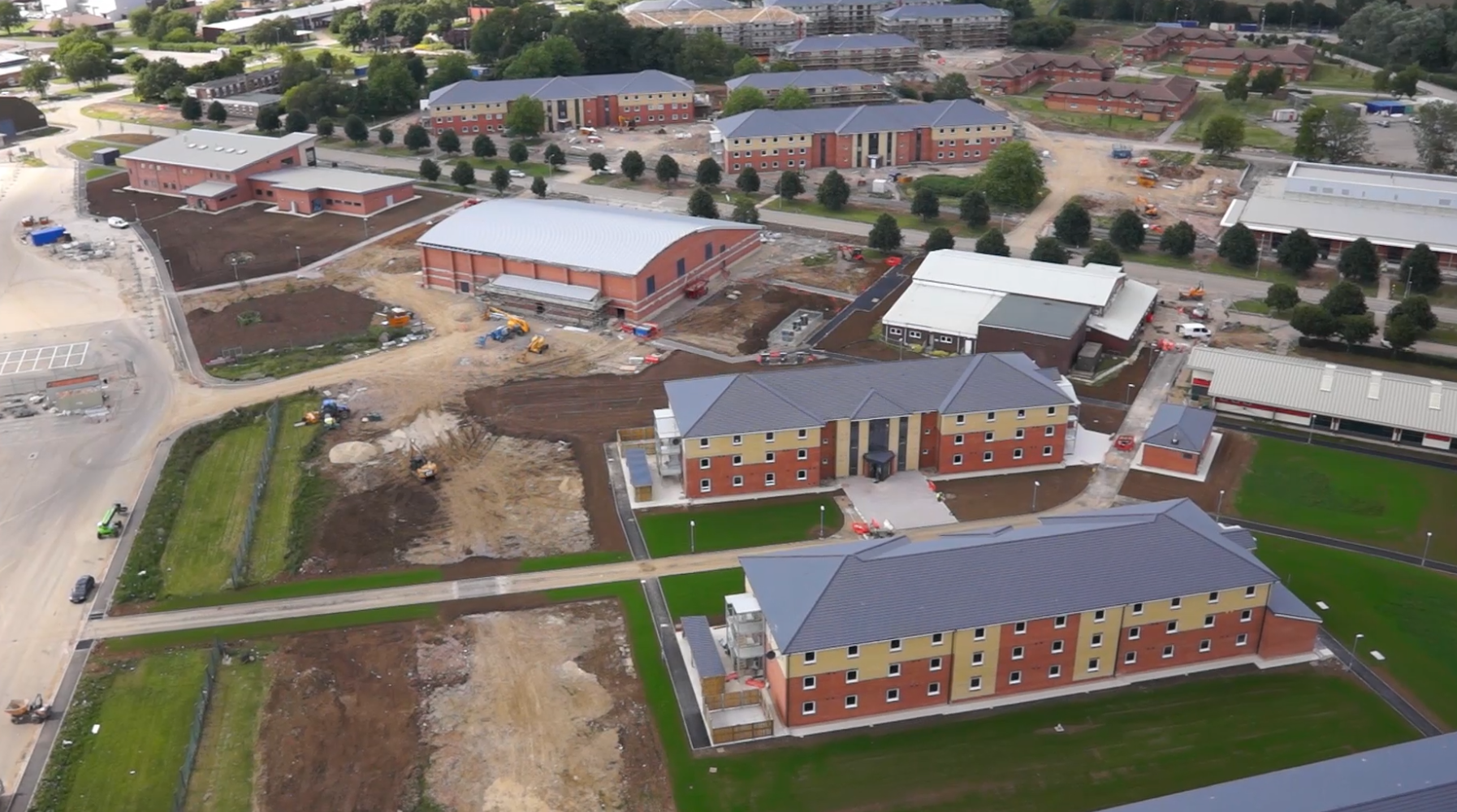 Project Hercules was a joint venture between Balfour Beatty and Kier Construction, contracted to the first phase of the £121M works to convert the former RAF Lyneham Airbase in Wiltshire to the new joint services (Army, Royal Navy and Royal Airforce) Defence College of Technical Training. The works were procured by the Defence Infrastructure Organisation.

The scheme create single-living accommodation for military trainees with purpose built enhanced training facilities and a museum for the Corps of Royal Electrical & Mechanical Engineers (REME) who are head quartered at MOD Lyneham.

MJ Church worked with a specialist concrete break out company to remove the existing runways and utilised MJ Church mobile on-site equipment to crush and screen the material to a 6F5 specification. This material was then reused back on the site within road, building and training facility foundations, meeting the clients target of zero disposal off site.