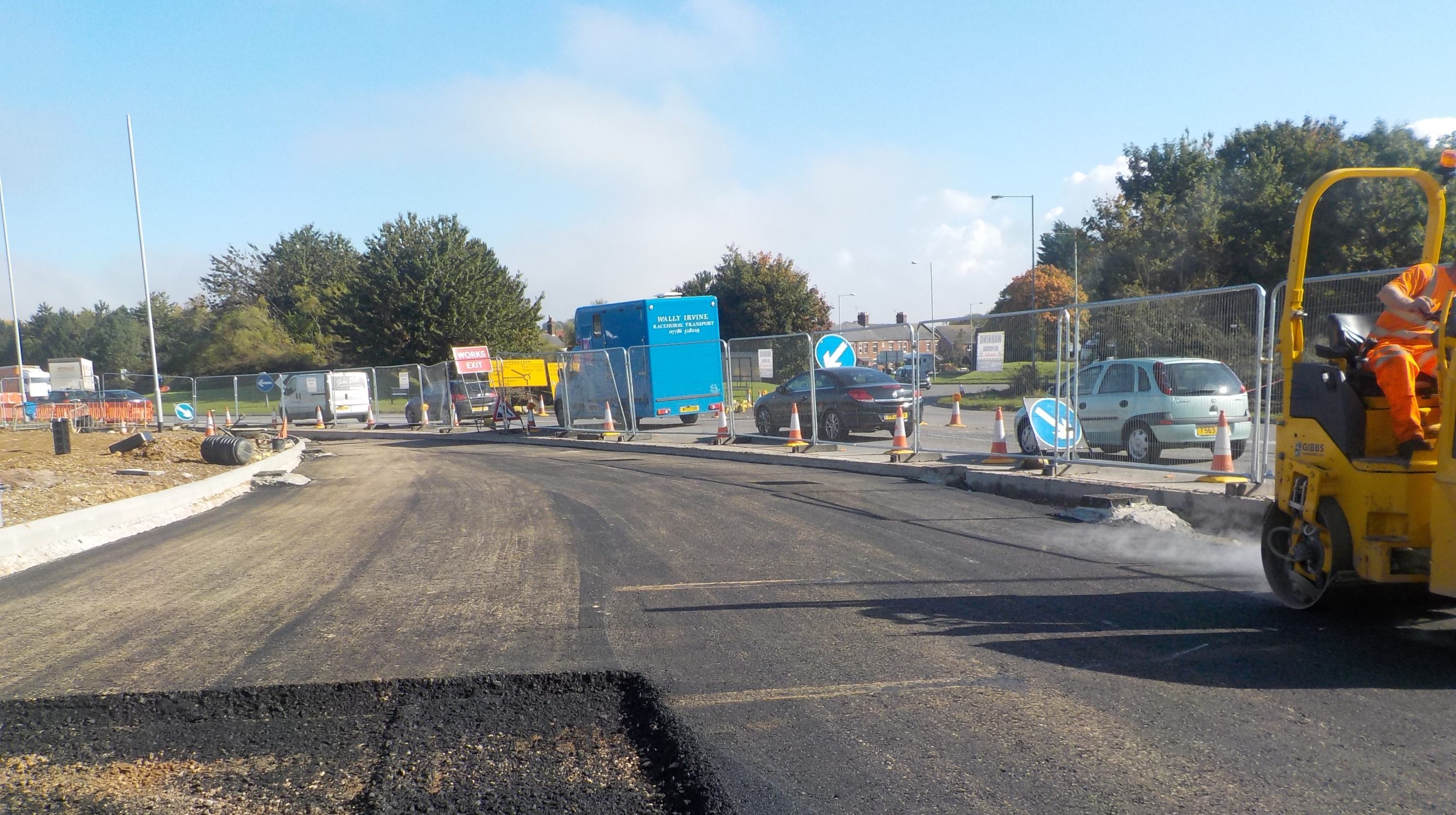 Form of Contract: NEC Option B 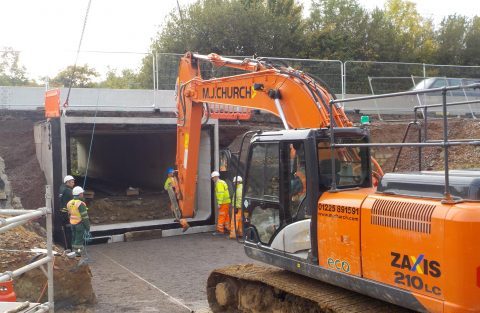 Working as principle contractor, MJ Church completed the second phase of improvement works for Wiltshire Council to the A350. The scheme involved widening and conversion to a dual carriageway at three sections to improve traffic flows on a busy and important commuter and transport route to the M4 corridor.

The scheme was programmed to complete within 38 weeks and despite minor changes to the design mid-construction and the discovery of a cable which needed relocating, completion was achieved - within 31 weeks. Traffic flow was maintained throughout the works 98% of the time.

Site clearance, excavation and earthworks were completed initially, followed by the relocation of 850m of ducting and cables for the street lighting and the fibre optic cable. The embankment surrounding the culvert was extended to carry a new larger dual section of the bypass above. The culvert was constructed using a combination of Type 1 and locally sourced recycled material from demolition works at nearby Wiltshire College. Collected by MJ Church in-house fleet and used directly on site within the embankment construction saving costs and reducing environmental impact and lorry movements. New precast sections were then brought in by cranes. Carriage ways were duelled and tapered into existing roundabouts and side roads and completed with lighting, road markings and landscaping

MJ Church completed the works collaboratively with Wiltshire Council throughout and at ECI stage, sharing MJ Church offices adjacent to the site. Design changes occurred during the construction phase however MJ Church worked with the client team to minimise the impact through re-phasing and programming, reducing rebuild costs and ultimately completing the project early making saving for the client.